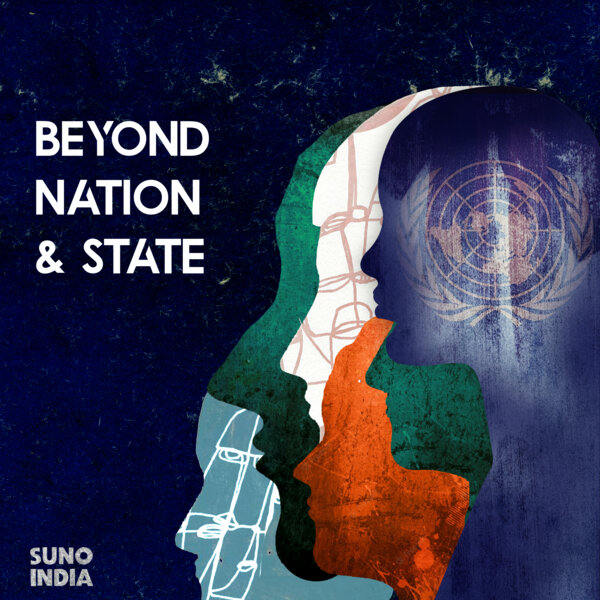 This podcast is interested in all of that, but will particularly emphasise the role of people, business corporations, movements and resistance, international organizations and institutions. It will also feature discussions on identity, literature and culture. Suno India's Beyond Nation and State is an attempt to broaden the meanings of internationalism and globalism as we know it.

World Press Freedom Day: What are the many meanings of freedom?

Press freedom is increasingly endangered across the world. At least 28 journalists were killed due to their work in 2021, with India and Mexico topping the list of countries with the most media worker deaths, a...

Anger on the streets: Sri Lanka in crisis

Sri Lanka is in the midst of an acute crisis. Thousands of Sri Lankans are on the streets protesting shortages and the soaring cost of food, medicines and fuel. Long power cuts and no cooking gas are causing Sr...

Ukraine in 2022: The Russia invasion that should never have been

Russia’s invasion of Ukraine has inaugurated a dangerous era of world politics with a huge human cost. Overnight, more than 1 million people have already become refugees, fleeing to neighbouring countries such...

Ethnic communities in Myanmar have long borne the brunt of abusive military rule since the military staged a coup against the democratically elected government in 1962. Time and again ethnic people especially i...

Reflecting on the state of Urdu in India and South Asia

Urdu is a major South Asian language spoken in large parts of India and Pakistan. In India, it is one of the 22 languages included in the Eighth Schedule of the Indian Constitution while in Pakistan Urdu is the...

Caste and its absence from critiques of Indian foreign policy

The unbridled power of corporations and why we should be worried

Increasingly powerful and wealthy corporations are challenging the might of the state, though in most cases, states facilitate their rise to those powerful positions. In many cases, corporations also behave as...

Spotlight on the Rafale deal

Defence modernisation is a declared priority of successive Indian governments. When some years ago,  the Indian Air Force sought to replace its outdated aircraft, major defence equipment manufacturing companies...

Its now or never: the urgency of climate action

The Sixth Intergovernmental Panel on Climate Change strongly concludes that human beings are almost wholly responsible for climate change and its calamitous effects. The Conference of Parties (COP), an annual m...

Despite the presence of and intervention from foreign forces, the people of Afghanistan have always sought peace, which continues to evade them. In attempting to make sense of events in Afghanistan, what is the...